The firm held its annual sale of Blackface In-Lamb Females (on behalf of Blackface Sheep Breeders Association) where it seen the sale format return to an online timed sale, held between 23rd and 24th February 2022. The sale seen 74 of the 84 entries finding new homes. Sale grossed £140,553, with an overall sale average of £1899.36.

Sale top price was 7,500gns received (pictured below) for the one-crop ewe from Loughash, consigned by John & Patrick Harkin. She is sired by the £26,000 Auldhouseburn with her dam sired by the £24,000 Elmscleugh. She sold carrying a single to the £100,000 Loughash to Kieran Donaghey, Effishmore, Clonmay, Co Donegal. 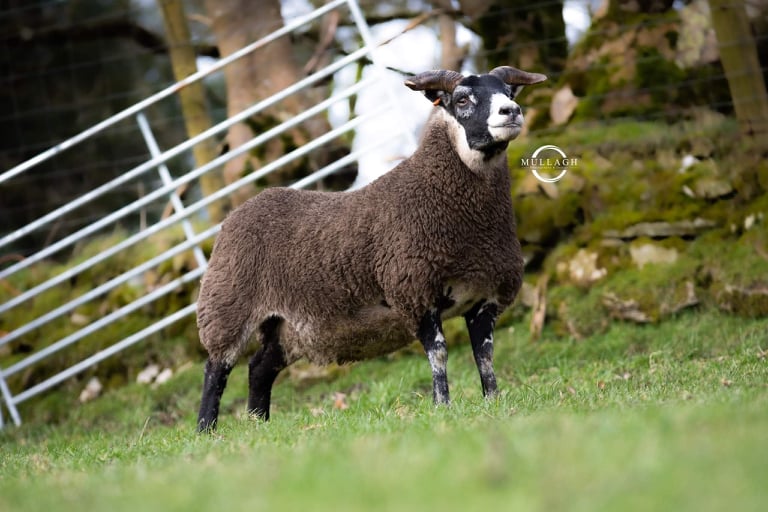 Two one-crop ewes from Eoin & Kirstyn Blackwood, Dalblair realised 5,000gns each. Both are sired by the £28,000 Auldhouseburn with their dam sired by the £52,000 Crossflatt and due to the £13,000 Glenrath. The first (pictured below), selling due twins, sold to Danny Harrison, Head Road, Annalong, Co Down. Their second entry, selling due a single, to James McCurdy, Carnlough Road, Broughshane, Ballymena. 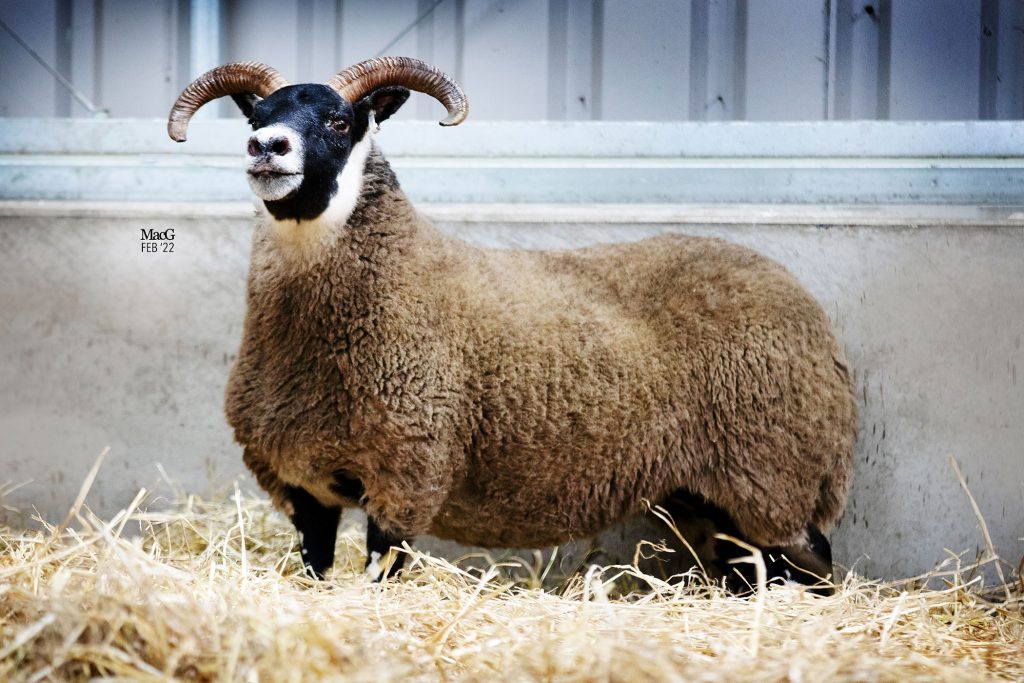 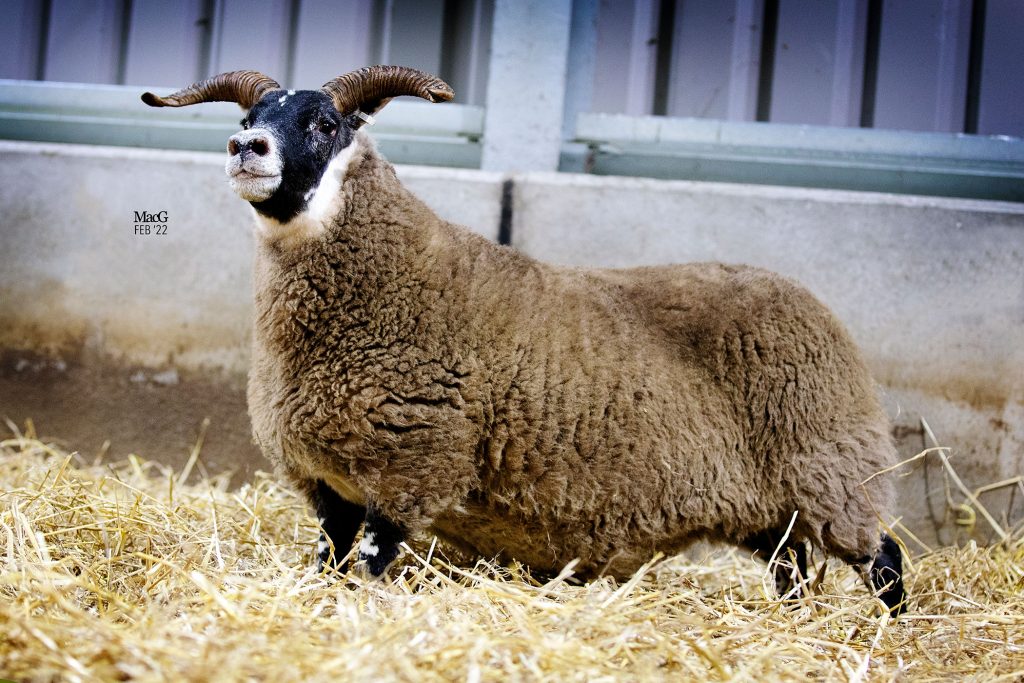 Closely followed at 4,900gns was David Morrison’s first catalogue entry from Dalwyne. This gimmer (pictured below) is by the £38,000 Crossflatt with her dam by the £12,000 Crossflatt. She changed hands carrying a single by the £15,000 Midlock to Martin McAteer, Straid Road, Claudy, Co Derry. 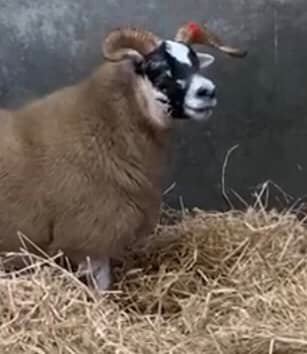 Alan and Hugh Blackwood, Auldhouseburn also received a good day’s trading receiving 4,400gns for their two-crop ewe (pictured below) sired by the £75,000 Dalchirla with her dam by the £50,000 Crossflatt. She sold to R G Carruthers, Merkland, Penpont due a single to the £130,000 Allanfauld. 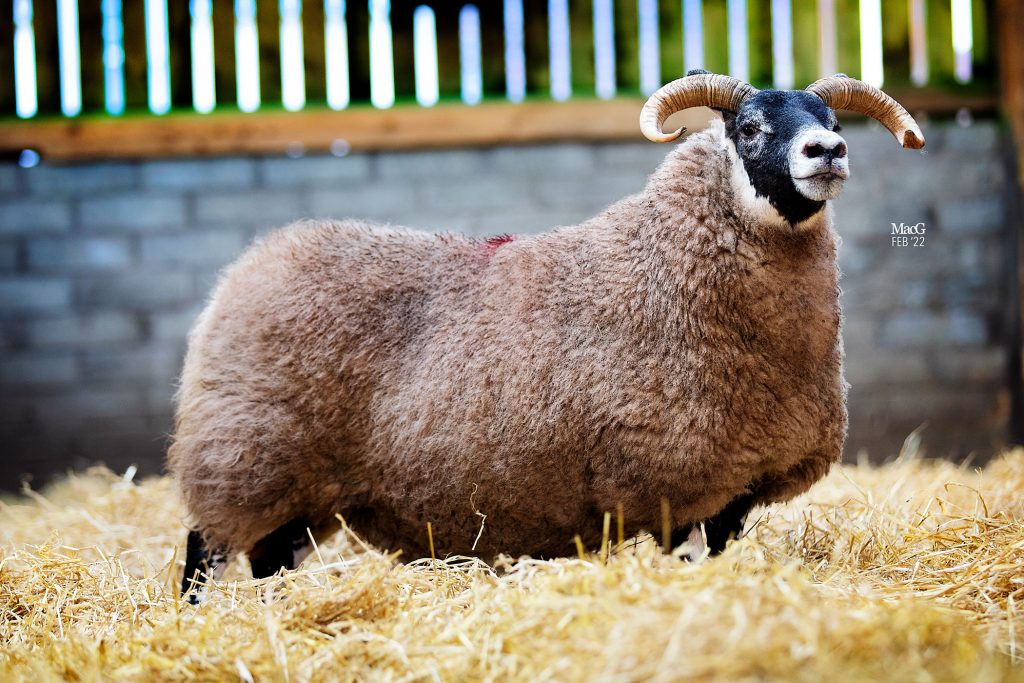 Two lots realised 4,300gns. Firstly for Charlie & Cathal Harkin’s sole entry, a gimmer (pictured below) sired by the £4,800 Stroanbrack with a £24,000 Crossflatt sired mother. She changed hands in an all Northern Ireland transaction, due twins by the £10,000 Elmscleugh to Martin McAteer, Straid Road, Claudy, Co Derry. 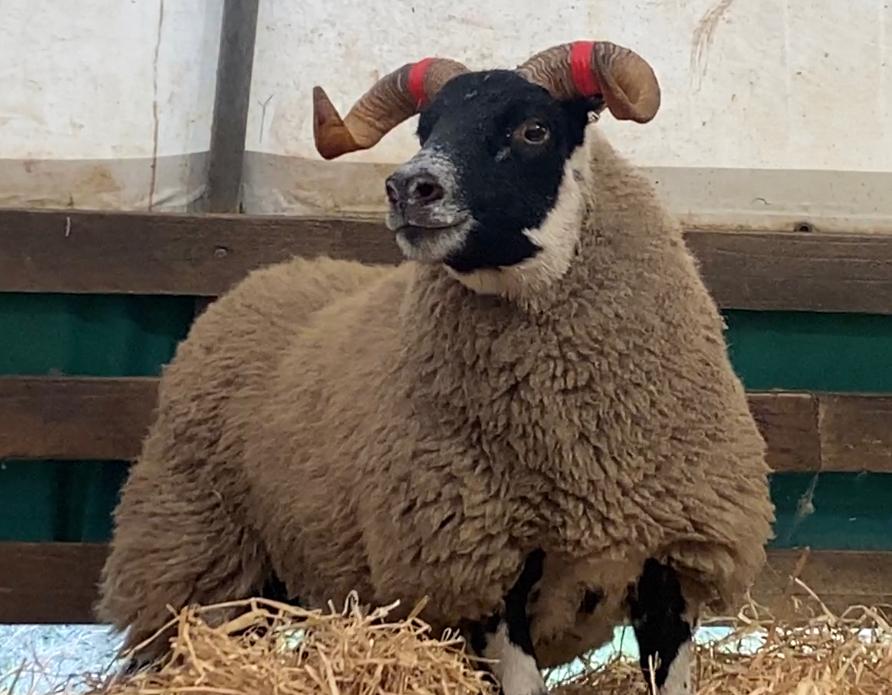 Second to receive a final bid of 4,300gns was Ewen MacMillan’s second catalogued entry from Lurg (pictured below). Sired by the £22,000 Dalchirla, her dam is sired by the £50,000 Pole. She sells up to Newtonmore to Euan Fraser, Balgowan, Laggan carrying twins to the £3,200 Midlock. 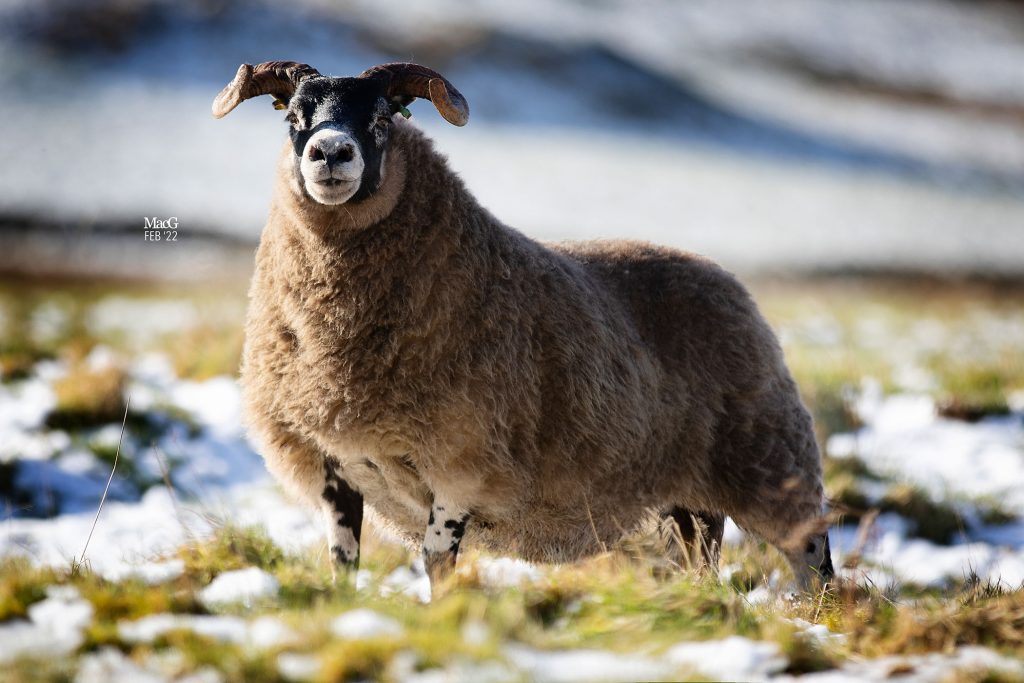