Lanark Limelights saw the format return to an Online Timed Auction, where 31 entries were put forward, with 26 of them finding new homes across mainland UK and Ireland. Bidding came from as far north as Orkney, to North Yorkshire and across to Letterkenny.

Bluefaced Leicesters and top price overall of 4,100gns was received for an in-lamb gimmer (photographed below) from regular sale toppers Messrs J Wight & Sons, Midlock Farm, Crawford. This girl was sired by L027 Midlock with her dam’s sire being the E001 Hewgill. She sells carrying a pair to M001 Riddings. The final bid came from Messrs Pye, Dunkenshaw Farm, Lancaster who runs the Emmetts flock. 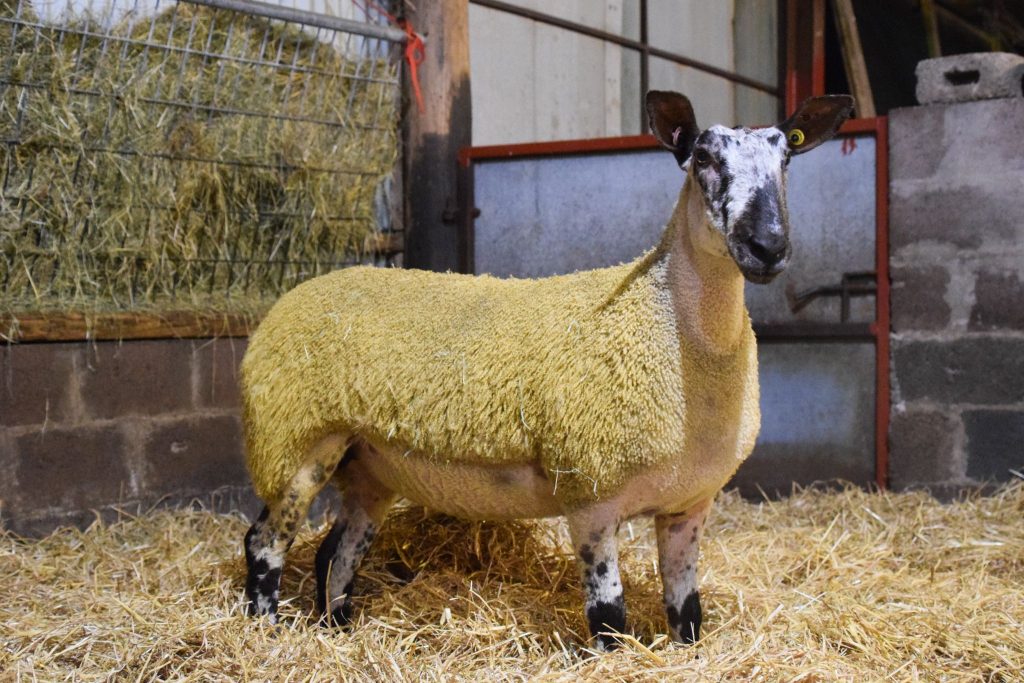 Bluefaced Leicester geld ewe hoggs topped at 3,700gns (photographed below), also from the Midlock flock. She came sired by the N017 Dawyck, out of J006 Hewgill dam. She comes full of blood with her dam being the full sister to the £37,000 K020 Midlock. Securing this hogg for their Genoch flock was father and son duo of Andrew & Ross Paton, Straiton Farm, Maybole.

Texels were also keenly bid for with a top price of 900gns for an in-lamb gimmer (photographed below) from new consigner, Mr David MacArthur who runs the Daer flock based at Nunnerie Farm, Elvanfoot. Mr G Murdie, Woodpark, Lesmahgow who runs the Auchtygemmel flock was the successful buyer in the final seconds. A Sportsman A Star daughter, she is out of a homebred dam and selling due a single to Mattadale Dancer. 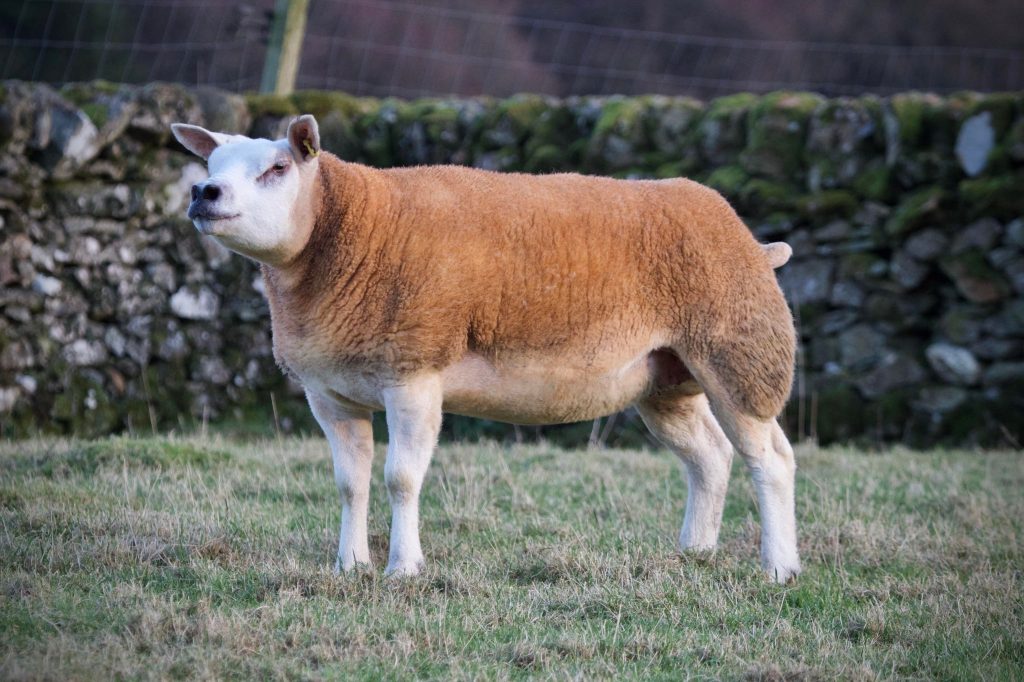 A small show of Beltexs, was topped at 340gns from Messrs J Barclay & Co, Mid Brockloch Farm, Maybole – more commonly known as the ‘Beachy’ flock. Beachy Fingertips (photographed below), an in-lamb gimmer due a single to their new stock sire – Derryouge Forrest Gump (Irish National Show & Sale Champion 2021) found a new home with Messrs M & G Ballantyne, East Cauldcoats Farm, Strathaven for their ‘Roadend’ flock. Behind this gimmer, they get a daughter of Glenpark Dynamite, out of homebred ewe sired by Todhall Showman.